Once a month Khoo Kongsi switches on its LED lighting for visitors. It is usually on either the third or last Saturday of each month with Penang Global Tourism arranging cultural shows and performances for the spectators. On Saturday, 22nd February there were drummers, Chinese Orchestra playing beautiful music, Chinese Yoyo and the main event was a Snake Show. The crowd was held enthralled by the brave antics of the Snake Performer culminating in kissing a 16-ft King Cobra, not once but numerous times. The whole evening’s entertainment was from 7 to 10 p.m. with souvenir stalls and hawkers food being sold for the spectators to take their dinner while enjoying their family outing at the beautiful and magnificent Khoo Kongsi. 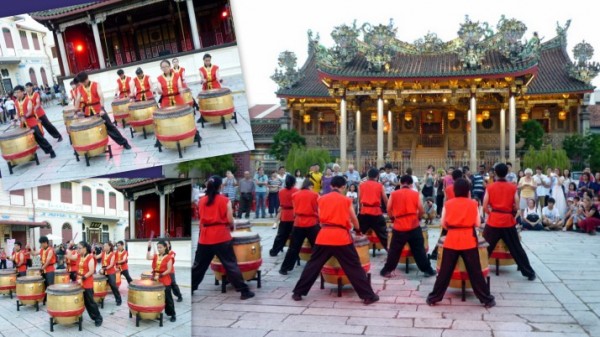 Drummers starting off the evening’s entertainment with the beautifully-lit Khoo Kongsi as the backdrop. 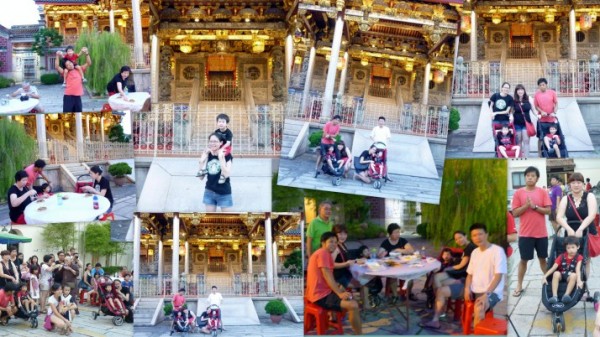 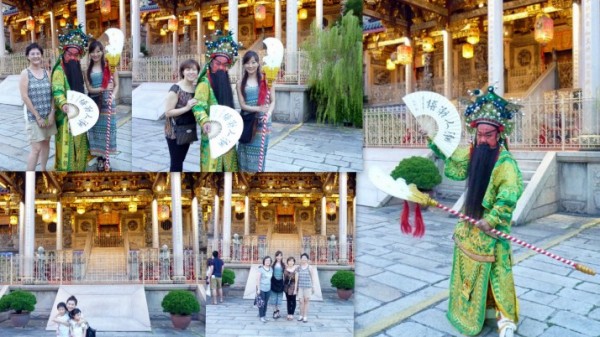 Kelvin Lim dressed up as Kwan Kong together with friends. 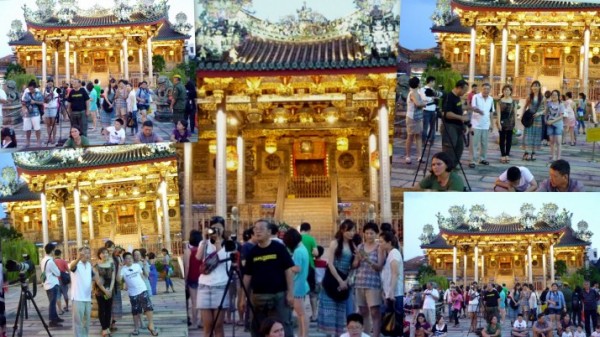 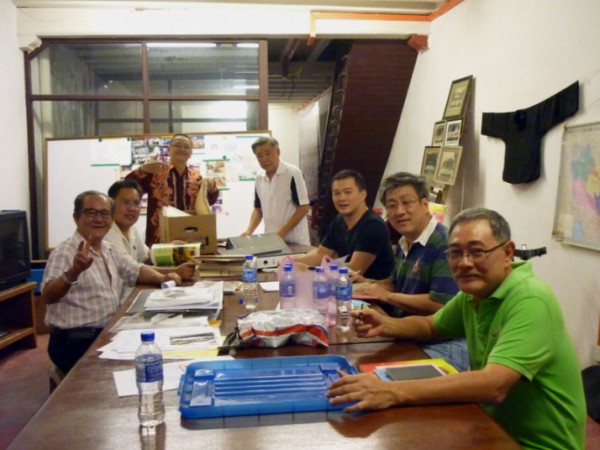 Meeting of Toon Boon Tong during the Evening of Lights at Khoo Kongsi, Penang. 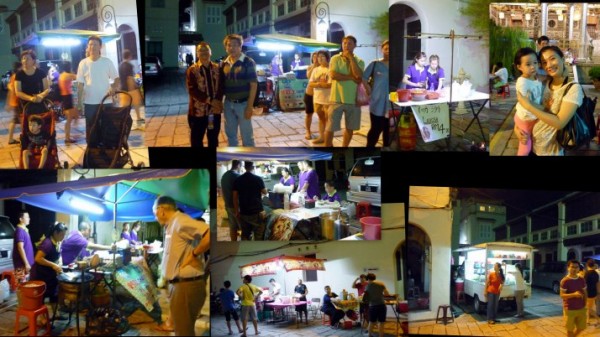 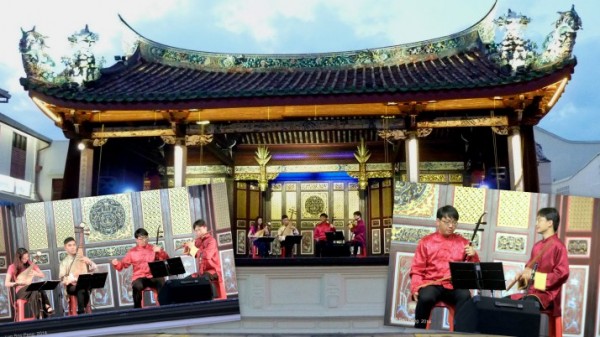 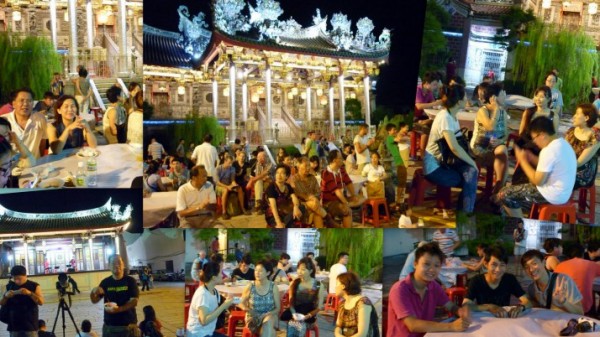 Visitors, family and friends enjoying their dinner while chatting to the accompaniment of soothing and relaxing music from the Orchestra in attendance. 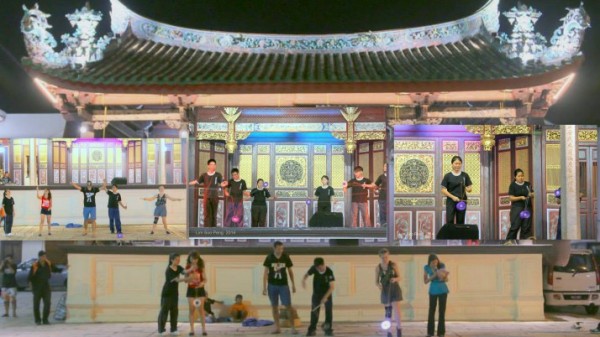 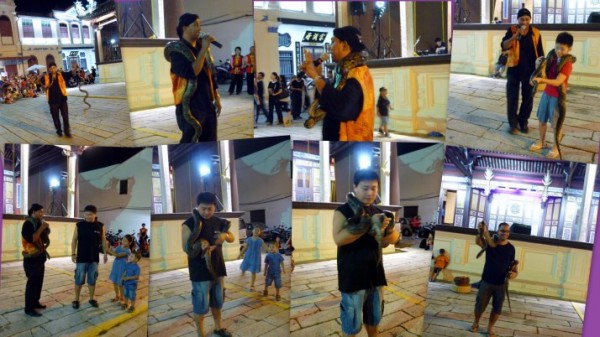 Snakes and Pythons of the Snake Performer. Top right photo – a Penang boy with the python. Bottom photos show a visitor from China and his family (note the children standing a short distance away once the father has the python around his neck). Bottom right photo, a visitor from Italy. 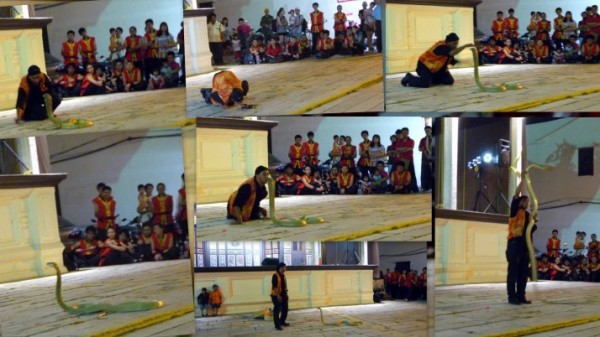 Snake Performer patting and kissing his 16-ft King Cobra a few times during his amazing performance. 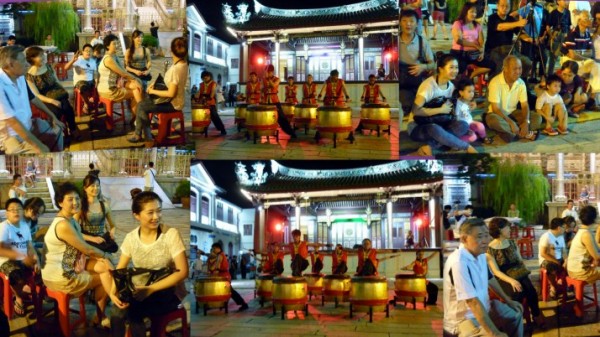 Drummers came out for the final performance of the evening. 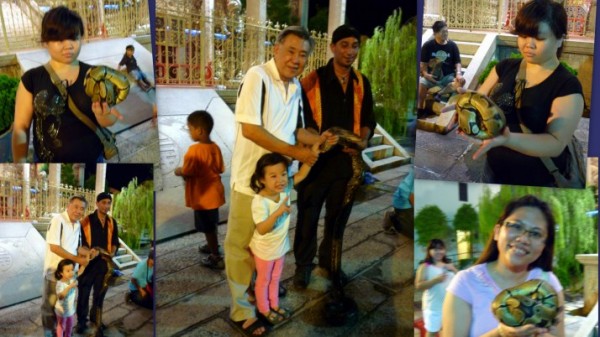 Photos with the Snake Performer’s pets. Girl in top left and right photos looking nonplussed wondering where was the head of the snake as it was curled into a ball. 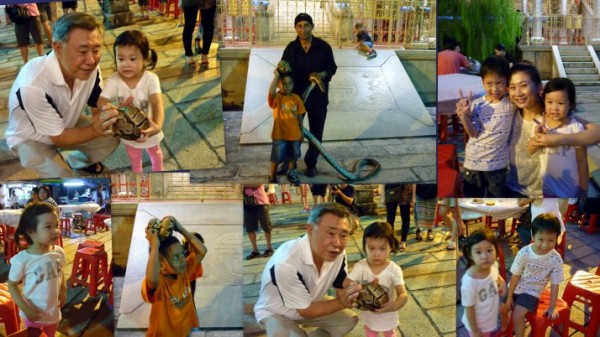 Snake Performer with his brave little nephew. Looking at the little girl in the photo, I must say she is indeed one amazing little girl, fearlessly holding the snake. Remarkable.

It was indeed a memorable evening for families and friends at Khoo Kongsi, Penang. Hopefully they will look back at this Family Evening spent at Khoo Kongsi’s Evening of Lights with fond memories. Thank you Lim Soo Peng for your photos.