This article and photos are courtesy of Penang Tapestry/

The Art Gallery, situated in the left courtyard of Leong San Tong Khoo Kongsi, was officially open by Y.B. Danny Law Heng Kiang on Friday, 12th July 2013 at 11.30 a.m. The Trustees of Khoo Kongsi hope to use this venue to promote art and cultural heritage of Penang. For the opening ceremony, the Art Gallery showcased the works of two Khoo clansmen, Khoo Khay Tat and Khoo Cheang Jin. 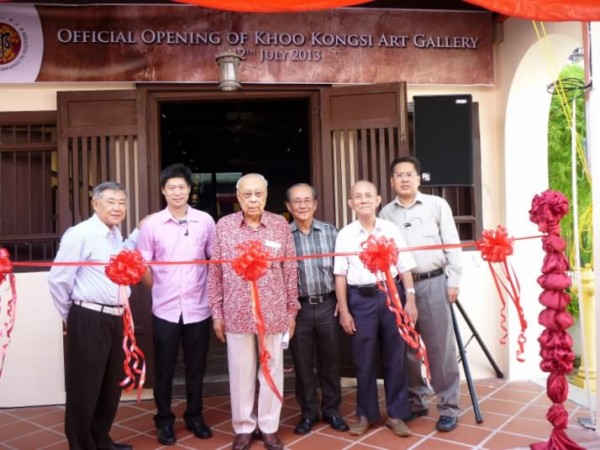 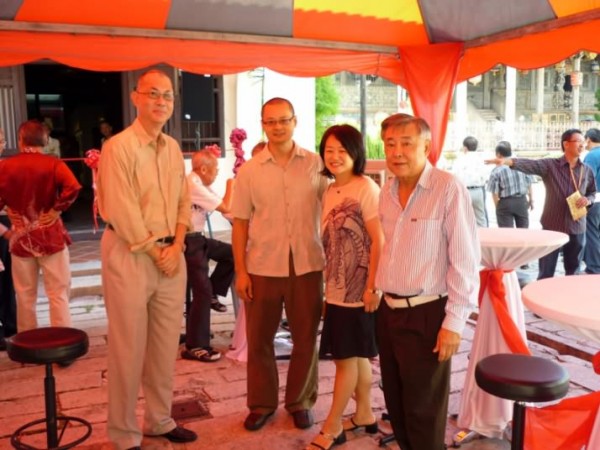 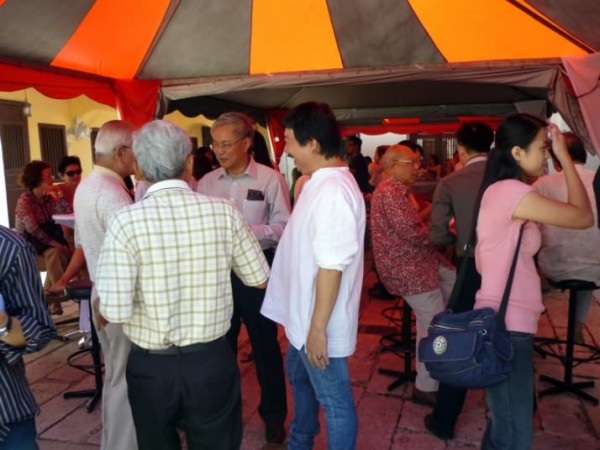 Guests chatting with friends while awaiting the arrival of Guest of Honour, Y. B. Danny Law. 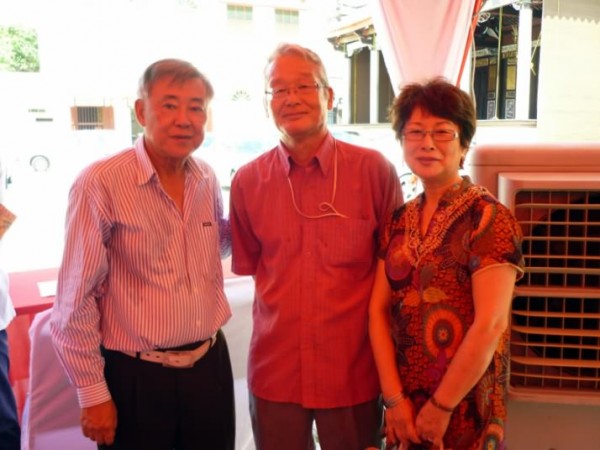 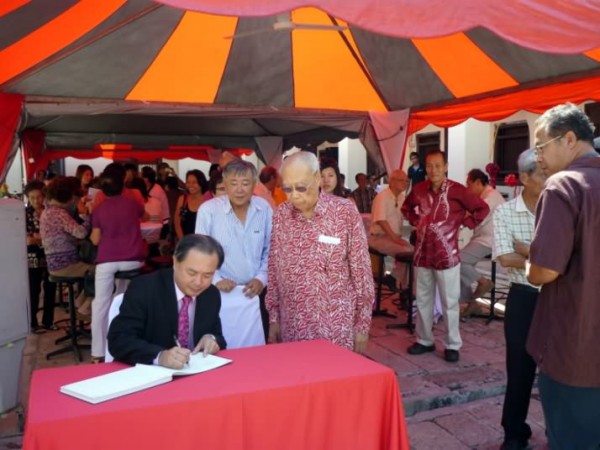 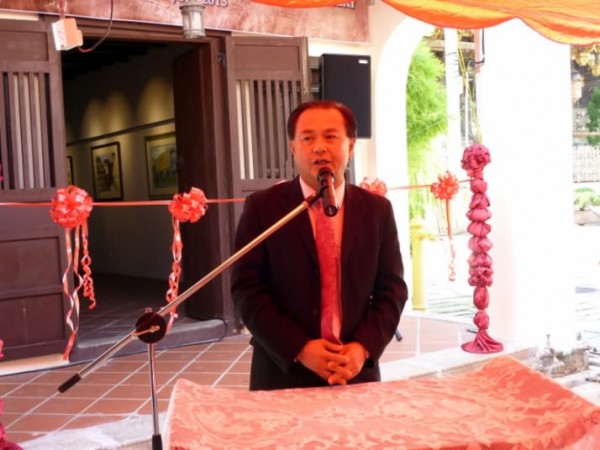 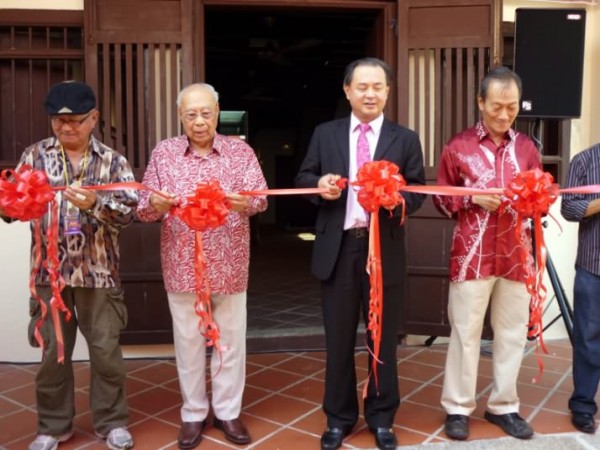 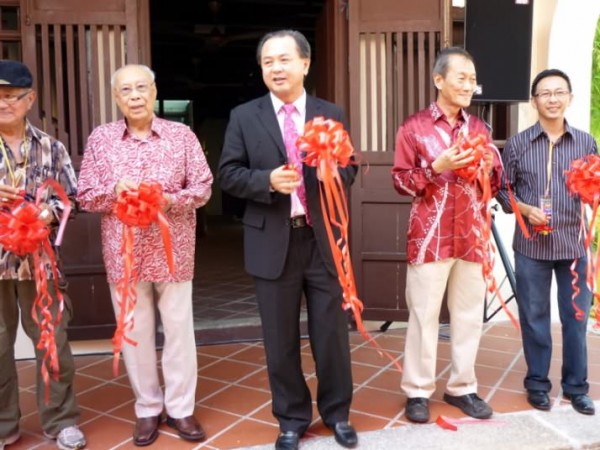 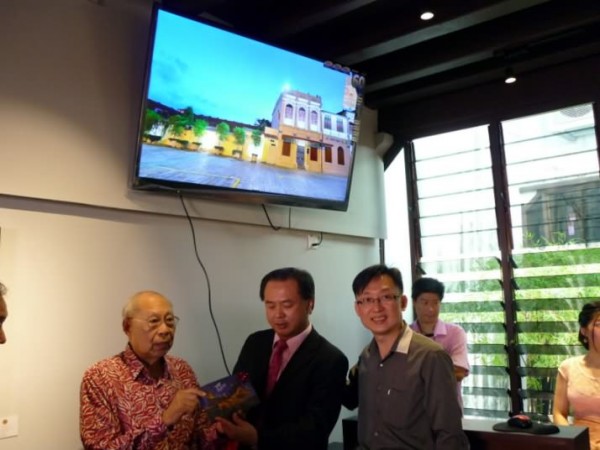 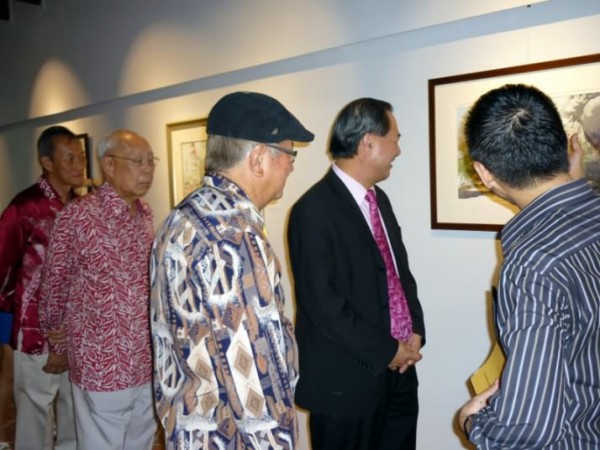 Tour of the Art Gallery by VIPs with the artists in attendance. 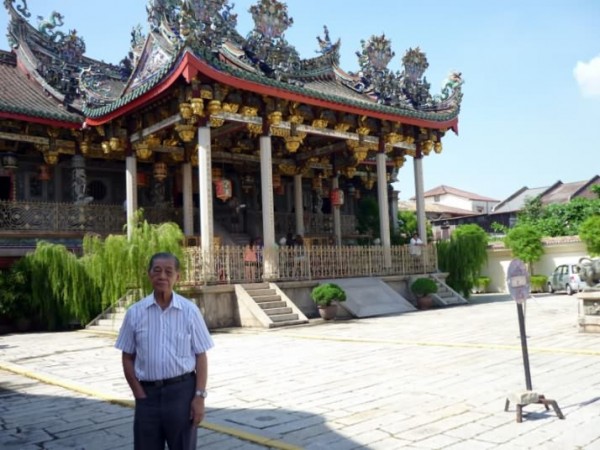 I will leave you with this beautiful photo 0f the pride of the Khoo Clan – Leong San Tong Khoo Kongsi, the Heritage Jewel of Penang. Seen in photo is Khoo Boo Hong.