Warrior fighters to slug it out 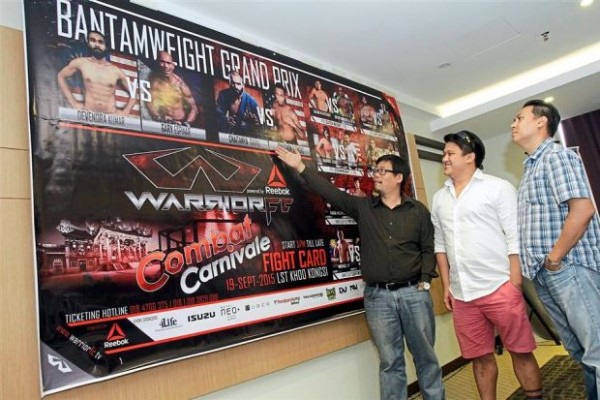 THE inaugural MMA Combat Carnivale will be staged at Khoo Kongsi in Penang on Sept 19.

The event, from 6pm till midnight, will see 20 fighters from Malaysia, Singapore, India, the Philippines, England, France and Russia battling for the Warrior Fighting Championship title.

Among the categories are Light-weight, Flyweight, Middleweight, Bantamweight, Strawweight, and Catchweight.

There will also be a limited edition T-shirt designed by 8TV host Wind Lee available at RM85.

Yesterday, 13 women finalists vied for a one-year contract with WFC as ring girls for MMA events in Malaysia.

Only three were picked during the event at Mansion Twenty.