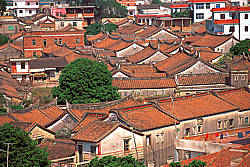 Sin Kang Village is surrounded by Chuan Chiam Boey Mountain in the south, a bay in the north, Khor Chu Village in the east, and Hui Chor Village (also a clan village of the surname Khoo) in the west. It developed as a clan village for 600 years, forming various small communities (Kak) within the clan. Clusters of houses with red-tiled roofs scatter among the labyrinthine alleys, and westward, in the near mid-west of the village, the main street runs from north to south. In the middle part of it stands the marketplace.

The village has thirteen ancestral halls of different sizes, each representing a branch (pang) of the Khoo clan. There are two main temples in the village, namely the Cheng Soon Keong and the Hock Leng Keong. The former enshrines Ong Soon Yah and Tua Sai Yah, the patron saints of the Khoo clan, while the latter houses Poh Seh Tai Tay, the God of Medicine. 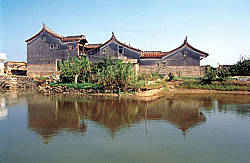 The original Cheng Soon Keong temple collapsed due to lack of maintenance during the Cultural Revolution (1966~1976). The present building was rebuilt in 1997 with a donation of RM2.5 million from Leong San Tong Khoo Kongsi, Penang. Situated at the downstream of Kew Leong River, Sin Kang was near to the trading ports of Southern China from where people of Southern Fujian went overseas during the Ming and Qing Dynasties. In 1567, Guek Kang, a new port which was located about 22 kilometres from Sin Kang, replaced Chuan Chiew as the major port in Southern Fujian. Guek Kang was then superseded by Amoy during the Qing dynasty.

After the 1842 Opium War, Amoy was declared as one of the five treaty ports. Since the 1920s, it has been an important international trading port of China. 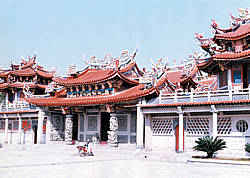 The Cheng Soon Keong in Sin Aun was rebuilt and completed in 1997 with a donation of RM 2.5 million from Leong San Tong Khoo Kongsi Penang

People in this area were good seafarers. They had been keeping in touch with foreign traders since the early days. Migration was a common practice among them. 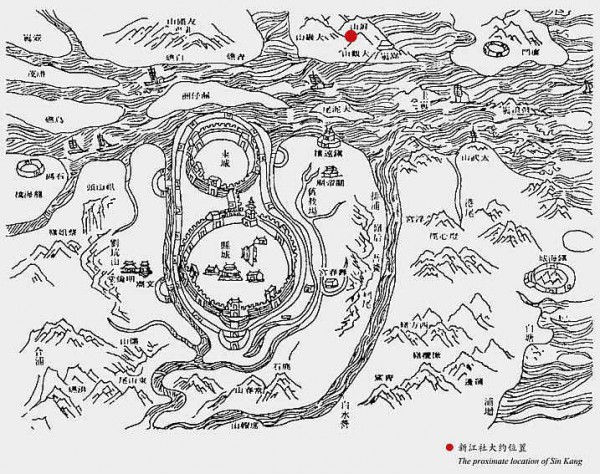