It is December 2014 and this is the time of the year when Khoo Clansmen, who have received Federal/State Awards and Khoo Graduates gathered at Khoo Kongsi, Cannon Square to pay homage to their Patron Saint, “Tua Sai Yeah” and their ancestors. Members of Toon Boon Tong Khoo Kongsi headed by their Chairman, Khoo Kay Hock, welcomed all Khoo clansmen with drinks and the traditional nyonya kueh. Mr. Peter Khoo Boo Hin, the Hon. Secretary of Toon Boon Tong Khoo Kongsi; Mr. Khoo Lean Huat, the Master of Ceremony together with committee members gave them a briefing and guided them to the various halls to pray to “Tua Sai Yeah”, “Tua Pek Kong”, “Chai Sin Yeah” and the Khoo ancestors. The Ceremony started at 11.00 a.m. and ended with Peter Khoo giving interested participants a historical tour of the famous Khoo Kongsi, the Heritage Jewel of Penang. 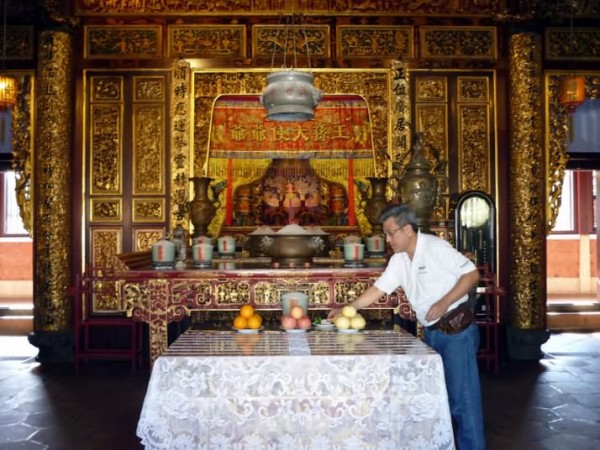 Peter Khoo looking at the plaques in the Cheng Soon Keong Hall. 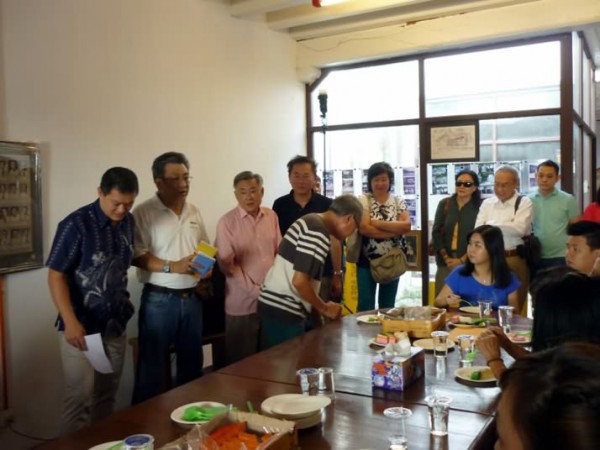 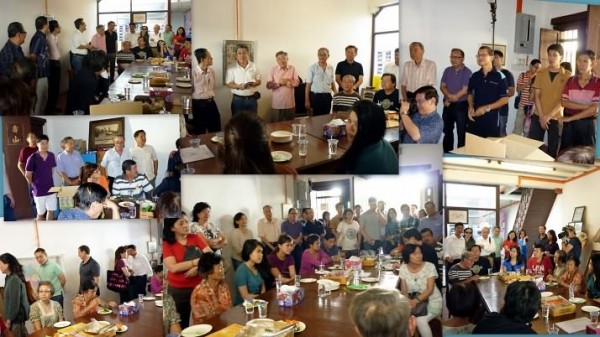 Members listening to the briefing by Peter Khoo, after a welcome speech by Khoo Kay Hock. 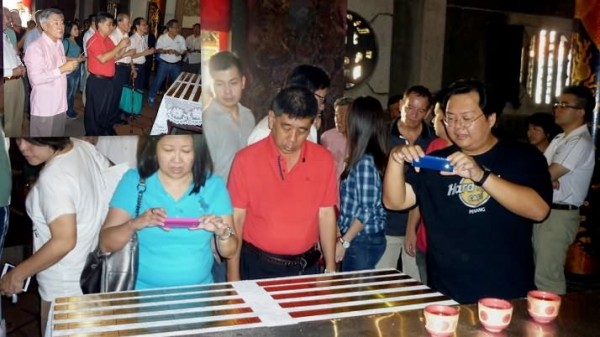 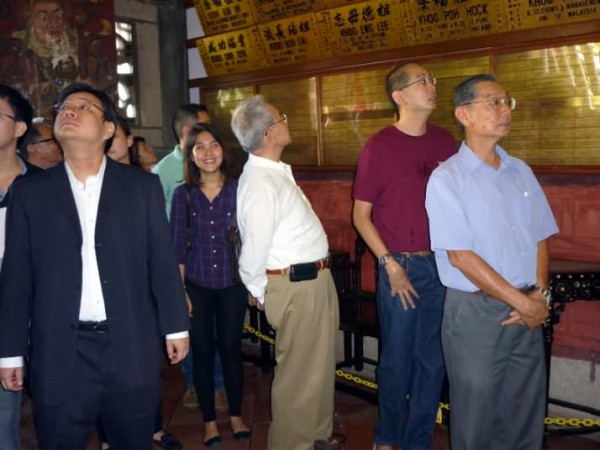 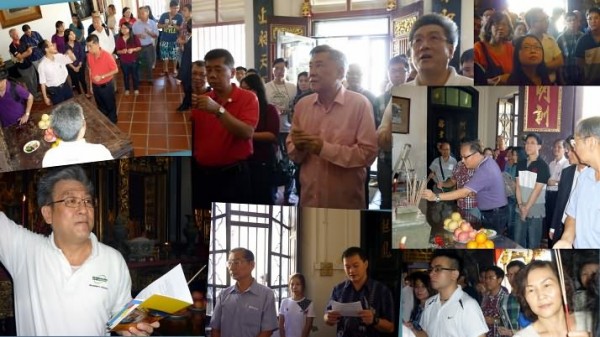 Praying to “Chai Sin Yeah” and Khoo ancestors as part of the Paying Homage Ceremony. 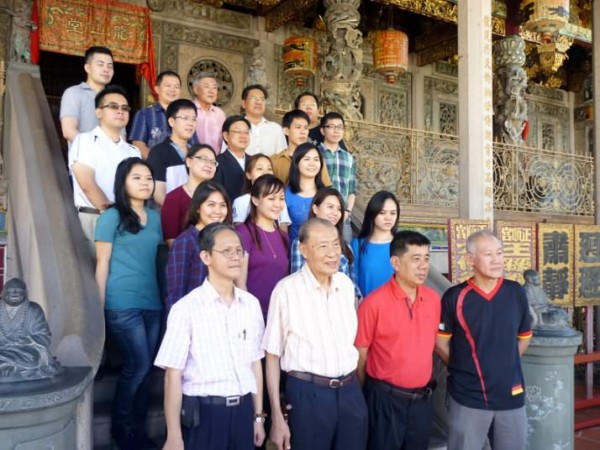 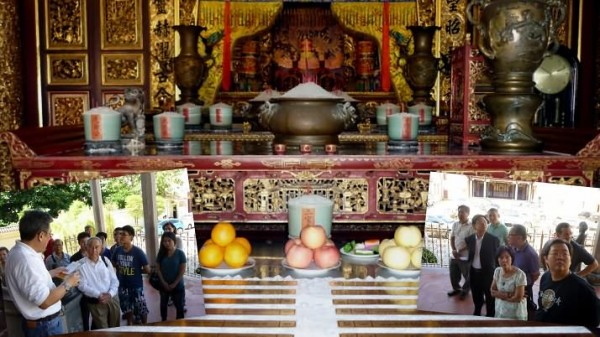 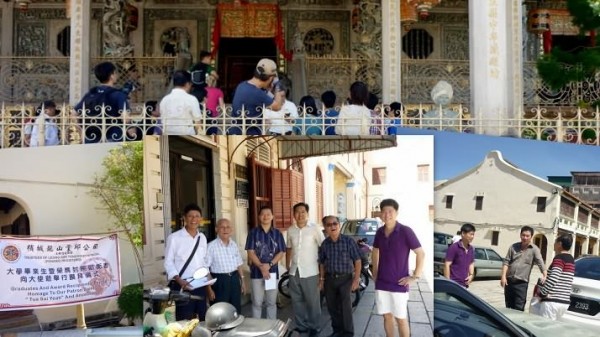 Time to call it a day. Till next year. Dinner at Jade Palace in the evening.