George Town Festival: A fiesta for all

Stories by ANDREA FILMER (The Star)

The George Town Festival is all out to mine Penang’s colourful history, culture and heritage.

WITH less than a week before the start of the George Town Festival, one would imagine that the final itinerary has been locked down. But the organising committee refuses to take the safe path.

Festival director Joe Sidek says his team tries to subscribe to the Buddhist teaching of overcoming one’s fears when planning the event. Two pieces of good news, which came about a week ago, has emboldened them.

“The manager of Tropfest, the biggest short film festival on the globe (held annually in Australia), is considering doing a showing at our festival. If that happens, it will really put Penang on the map, so we’re trying to fit it in,” Joe explains. 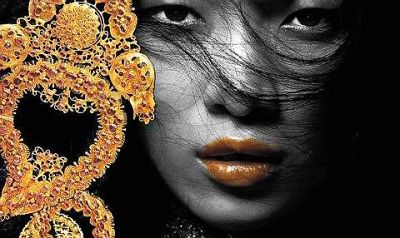 Supermodel Ling Tan, who hails from Kuala Lumpur, is one of the big names that will grace the start of the George Town Festival 2011 in Penang.

The second piece of news is a proposal for a charity ball, which he cannot pass up.

“The Women’s Centre for Change (WCC) approached me about a fund-raising dinner for its new building. We’re calling it Dinner at Eight – based on the George Cukor film – and it will feature eight top chefs, four local and four international.

“It will be a premier dining event and just like in the film, it will be about the guests, the food and what happens in the kitchen.”

The committee is looking at placing big screens in the ballroom to give the 100 exclusive guests an insight into the food preparation.

This dinner is scheduled for July 3 and will be held at Rasa Sayang Resort & Spa in Batu Ferringhi. The RM800 ticket may be considered steep, but Joe says with the festival’s four fashion superstars making an appearance – e.g. designer Zang Toi and supermodel Ling Tan – the price will be well worth it. 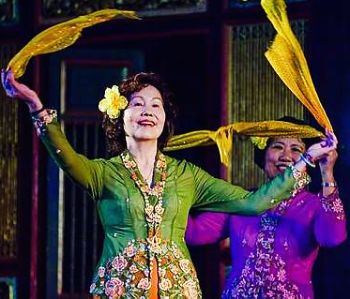 Visitors (and locals) will be treated to traditional Baba Nyonya dances during the George Town Cultural Show at the Khoo Kongsi on July 7.

“These events are being planned after the festival programme has gone for printing. I ask myself: Do I turn them away and tell them next year, or do we try to make this work for Penang?

“In that way, the festival is organic and growing and changing by the day. That makes the planning exciting and scary, but we don’t want to close the door on things that could make the festival even better.”

Having the right team and spirit helps, says Joe, who openly admits that working on the festival has been the most difficult but amazing journey of his life.

“So far, we have raised RM3.7mil, with RM1.2mil coming from the state. We want more and are still hoping for more sponsors. But we’re working with what we have.

“In my life, I have never begged for money, but for this, I’ve had to beg and I’m still begging!”

Joe notes that Penangites have stepped up to take ownership of the festival by proposing performances and volunteering. More corporate bodies have come forward to lend their support too.

“The festival really belongs to Penang. Those who have invested millions to set up companies or develop property in the state need to help make it work for the long-term,” he says.

Both the Penang Turf Club and Dell Global Business Centre have donated RM100,000; the latter also lent the committee 10 computers for its use.

PPB Hartabina chipped in by loaning its recently-restored 110-year-old Whiteaways Block heritage building on Beach Street for the whole month of July, while the Penang Municipal Council has handed over the use of the state’s historic Town Hall.

“I really have the dream team. We started with one staff member and now we have about 15. Only half a dozen are full-time, as we can’t afford more than that, while the rest are interns and volunteers.

“Just watching the way they put everything into their work and staying late into the night makes me see where this festival can go,” says Joe, a volunteer himself.

On what direction he wants the festival to take in the future, he adds that his initial benchmark was the Singapore Sun Festival. But he feels Penang has much more to offer.

“The Sun Festival is very interesting, but personally, I feel it lacks soul. The George Town event is special. It’s a boutique festival and it’s about our history, our spaces, our homes and our people.”

While limited funding and a lack of performance venues will continue to be obstacles, Joe feels the annual event will survive as long as the people in Penang continue to come together to contribute to it.

“In the end, the George Town Festival isn’t based on any other festival in the world for two simple reasons – we have almost no performing venue save Dewan Sri Pinang, and no money. That is why we need a strong business plan to make it thrive and continue.

“Singapore, Melbourne, Edinburgh and Hong Kong invest millions in culture. Sometimes they have to artificially replicate it.

“Here in Penang, we have the real thing and we’re truly sitting on a gold mine. The trick is finding a module that allows us to tap into it.”